He flipped. He’s sending a message to the C_A that he knows where the bodies are buried too. Parades or Restraints… he was a liability to DS so he took the deal. #Homecoming2020 Proof: https://wp.me/paAyui-7Z

JOHN 3:16 “Shall Have Everlasting Life”

Many people are trying to understand Edward Snowden’s role in The Great Awakening.

Now, I am going to provide you with info I have found and all I ask is that you think logically and trust your own judgement and the answer will come to you. Let’s go back to when Snowden first became a household name. 2013.

‘I Was Trained as a Spy’ -SNOWDEN

How is that NBC’s Brian Williams was able to get to the “fugitive” Snowden? “Edward Snowden, in an exclusive interview with “Nightly News” anchor Brian Williams, is fighting back against critics who dismissed him as a low-level hacker — saying he was “trained as a spy” and offered technical expertise to high levels of government.
“I was trained as a spy in sort of the traditional sense of the word, in that I lived and worked undercover overseas — pretending to work in a job that I’m not — and even being assigned a name that was not mine,” Snowden said in the interview.”

Snowden the CIA spy, or ‘ahem’,  the “former” CIA spy? He makes the incriminating  admission right there in the interview!!!  SNOWDEN was a DEEP STATE puppet CLOWN-ASSet. [Think BRENNAN as his Boss]

Snowden; the Deep State  CIA operative but what was his mission? While there are a few plausible hypotheses, logical thinking tells us Snowden’s game was all about blackmailing foreign governments [and a special ops to expose NSA secrets]. 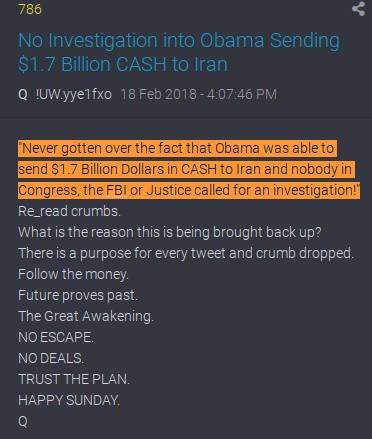 The end game or goal of the Snowden “snow job” was to embarrass and cripple the “White Hats” of the NSA so that HUSSEIN and/or Congress, and the left arm of the Democratic party: FAKE MSM, could thwart and in many cases stop NSA from secretly collecting information on “Not the citizens of the U.S., but “The Rogue Clowns In America Black Hats“, as our Patriotic Military Intelligence had done in the past during the Communist penetration days of the 1930’s and 1940’s (Duckduckgo: Venona Intercepts). Advancement of the Muslim Brotherhood and the Weakening of our Intelligence Communities.

The Huffington Post (September 30, 2013) The NSA Deserves a Permanent Shutdown

[understand that NSA was run by PATRIOTS/US MILITARY so the HUSSEIN CIA black hats wanted to take them down; THINK HUSSEIN PURGE OF U.S. MILITARY]

BREAKING: Brennan speaks out about his Muslim faith in fluent Arabic!!! pic.twitter.com/ZcQAFvCB6u

Have a look at very worried-sounding language of the following headline and article from CIA-Time Magazine (November 9, 2016):

President Obama Should Shut Down the NSA’s Mass Spying Before It’s Too Late:

“President Obama has just 71 days until Donald Trump is inaugurated as our next commander-in-chief. That means he has a matter of weeks to do one thing that could help prevent the United States from veering into fascism: declassifying and dismantling as much of the federal government’s unaccountable, secretive, mass surveillance state as he can — before Trump is the one running it.

The country is now counting on President Obama. This is his last chance to secure his legacy as the President who, in his final hours in office, did something extraordinary. He should shut down the NSA and related mass surveillance programs. He should physically destroy the databases where the sensitive personal information of hundreds of millions of people are illegally stored. He should release Chelsea Manning and pardon Edward Snowden.

He should support efforts in Congress to curtail location-tracking and other dangerous data collection. He should declassify and reveal to the public any programs that he does not have the power to end. He should drag them into the light of day so we have a fighting chance of stopping them during Trump’s reign.He should bulldoze the data centers, computers and all, if he has to. He alone has the power to dismantle the U.S. surveillance state, before it falls into the wrongest of hands.” 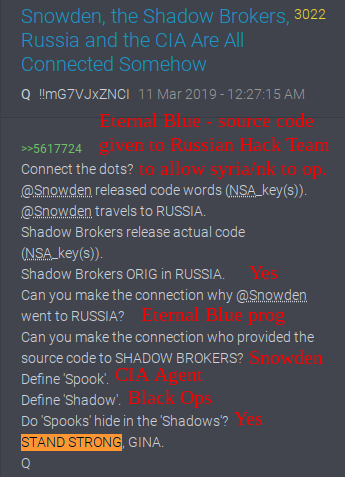 Wow! That smells like some serious fear and desperation, don’t it? It reminds us of Globalist Eisenhower’s “warning” about the “military-industrial complex” — aka “The White Hats” who might one day rise and crush the Globalists. For Hussein and Deep State allies in Congress, shutting down such a mighty and entrenched institution like the military’s NSA was never a realistic possibility — perhaps because NSA had too much leverage on certain politicians already?

We thought nothing of such “kill the NSA” stories in the past because, at the time, it just seemed to us that CIA & NSA were both evil and corrupt agencies engaged in a turf war. But now we know better — and a 5-year old riddle which has irked your curious reporters here  — like a tiny fish bone stuck in one’s throat — for 5 long years has finally been solved to our complete satisfaction.

The CIA agent called “Edward Snowden” was sent to infiltrate and humiliate the NSA so that “illegally obtained” criminal evidence — like that now being cleverly funneled, under various concocted pretenses and characters (Mike Flynn, Michael Cohen, Stormy Daniels etc) to lawmen Mueller, Huber and Sessions — would never see the light of day. The Snowden snow-job not only failed to slow down the NSA, but it is quite possible that Snowden (current whereabouts XXXX XXXX), has, like Dershowitz and Assange, been “flipped” over and persuaded to “cooperate” with the White Hat team.

Q reaches out to @Snowden- offers an out: 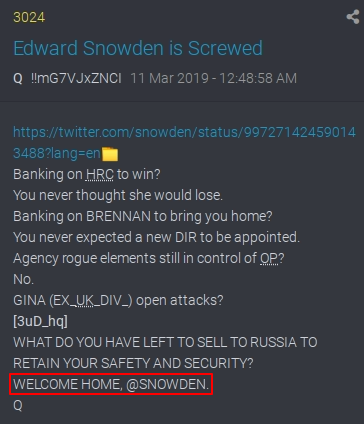 I believe that Q and Lon Snowden [Dad] traveled to meet @Snowden in Hong Kong and ‘Flipped’ Snowden.

Just because he may have Flipped, DOES NOT, I repeat DOES NOT mean he will not face Justice. What it does mean is that we have a material witness which will ensure the cases against HUSSEIN, BRENNAN & Others is air tight.
More to follow…  WELCOME HOME @Snowden!
https://youtu.be/jAiah2rc6iM

According to the drop above, 3021; we will have the answer to whether Parades or Restraints by the end of 2019, Hence; 2019 in kill brackets.

It is interesting that Hussein puts out a very odd Xmas Vid a couple days ago. It appears to be filled with codes and Julian’s Rum from twitter thinks it’s about Eric Snowden; the Elf on the Shelf.

https://threadreaderapp.com/thread/1205288870562140160.html  X22 Report does an excellent analysis of Julian’s Rum [from twitter thread above] decode of Hussein vid: HERE

What if Snowden came back to the USA to testify. Is he a liability to anyone? 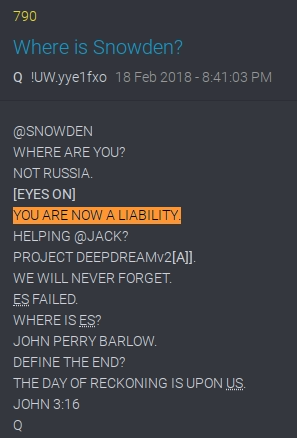 What will happen next?