Skip to content
Have you heard about OPERATION VARSITY BLUES? Now you know the OFFICIAL name of The LARGEST Nation Wide Sting Operation to take down many key players in the Greatest College Scandal in U.S. History! This is only the beginning though… because these arrests will lead to much bigger players/criminal participants. Fake MSM is hiding the truth about the “END GAME” result of the Operation!
They want you to look here! Don’t look here! They want to throw a couple of has-been Hollywood Actors under the bus to keep you from discovering for yourself who the high value targets really are! This is BIG! People.
50 SEALED INDICTMENTS UNSEALED and of those 50 persons arrested, 3 “ALL-STAR PLAYERS” got scooped up! FAKE MSM in near silent on these 3 “Starters”… Ask yourself why?
Knowing what we do about the ongoing Huber/Horowitz Investigations… Think for yourself. Do you own research. Trust Yourself. Trust the Plan. It is happening people!
Who is Gordon Caplan?
Who is Susan Thomases?
Who is Gordie Ernst?
Top Democrat Party leader US Speaker of the House Nancy Pelosi admitted on the evening of 11 March that the entire Trump-Russia Collusion fairy tale was all based on lies leading her to declare no impeachment of President Trump would be forthcoming —a stunning declaration that was followed a short time later in the early hours of 12 March when FBI federal police forces spread out across the entire United States to effectuate the arrests of 50 elite American citizens in what they called “Operation Varsity Blues” —but whose MAIN TARGET was the “Deal Maker Of The Year For 2018” …and that would be: GORDON CAPLAN, the current Co-Chairman the powerful global law firm Willkie Farr & Gallagher. BOOOOOOOMMM!!!!
WF&G is the law firm managed by the close personal friend and adviser to Hillary Clinton named SUSAN THOMASES who has self-described her role during the 1992 campaign to elect President Bill Clinton“as akin to that of an ENFORCER”, and afterwards was called “the Clinton administration’s KING KONG KIBITZER” —with today her and her law firm being known as the “alleged KINGPIN of the Hillary Network”. BOOOOOOOMMM!!!!
Hussein Family Personal Tennis Coach and Sasha and Malia’s College Coach; GORDON ERNST, was arrested in Operation Varsity Blues. DO YOU BELIEVE IN COINCIDENCES? Connect the dots people… If Hussein made “Charitable Contributions” that were not exactly, could they be charged with a Federal Crime? Tax Evasion?  If Sasha and Malia are 2 of the 12 students Ernst helped facilitate to gain admittance to College what would that mean?   BOOOOOOOMMM!!!!
Caplan is a VERY CLOSE and Personal Friend of Susan Thomases who is HRC’s KINGPIN Lawyer. Finally we have another Gorden, A Gordie Ernst who just happens to be The Hussein Family Tennis Coach. You can connect the dots on this one because everyone knows how both Barack and Michelle like to hit balls out on the courts. Think about it, when push comes to shove and in a real basketball game… Will we get the ball to Hussein/HRC to force a foul for a couple free throw shots at the buzzer? Will they make it or perhaps fall short on at the line? This is going to be one fantastic ending. Grab Some Popcorn!
+++++++++++++++++
Willkie Farr & Gallagher Co-Chairman Gordon Caplan leaves US Federal Court House in New York City on 12 March 2019 after his FBI arrest:
Starting CENTER: GORDAN CAPLAN
[Works with Susan Thomases and was MAIN TARGET] 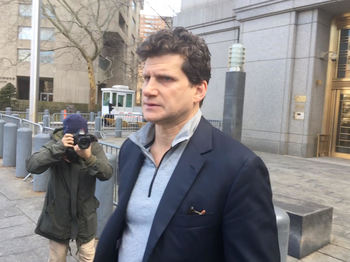 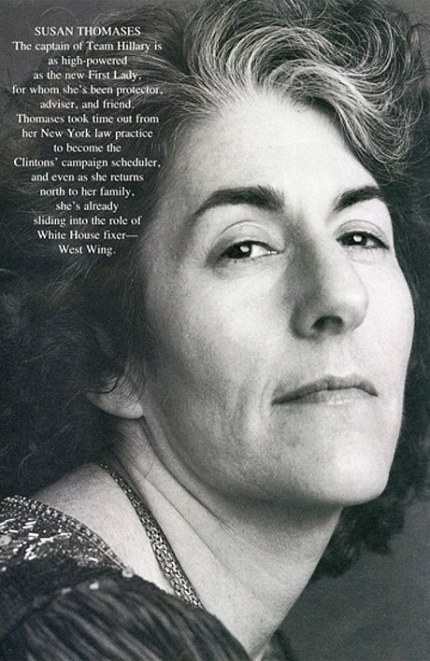 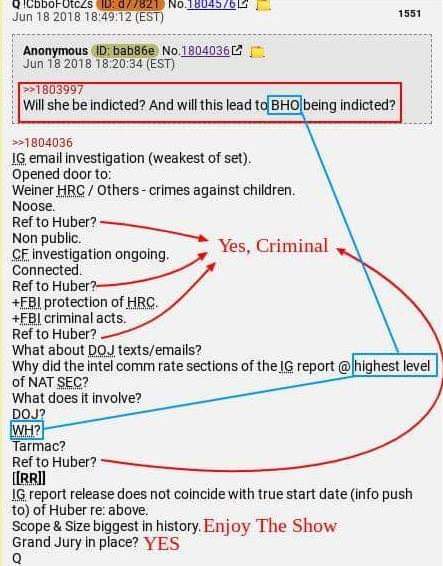