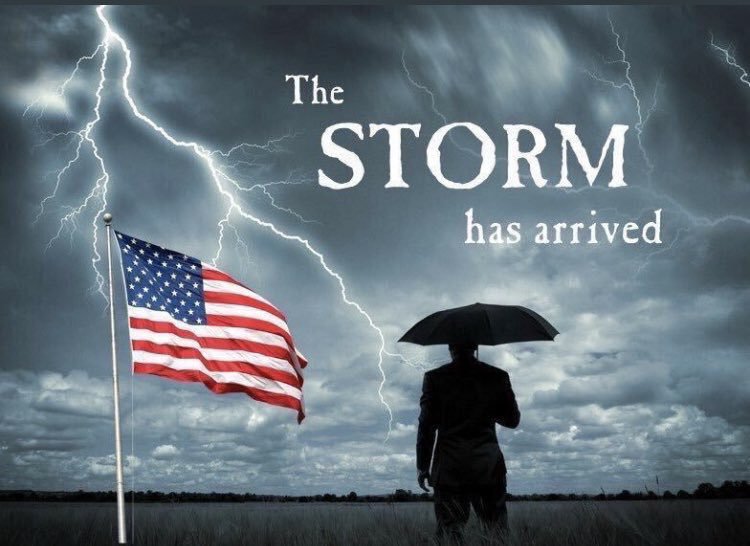 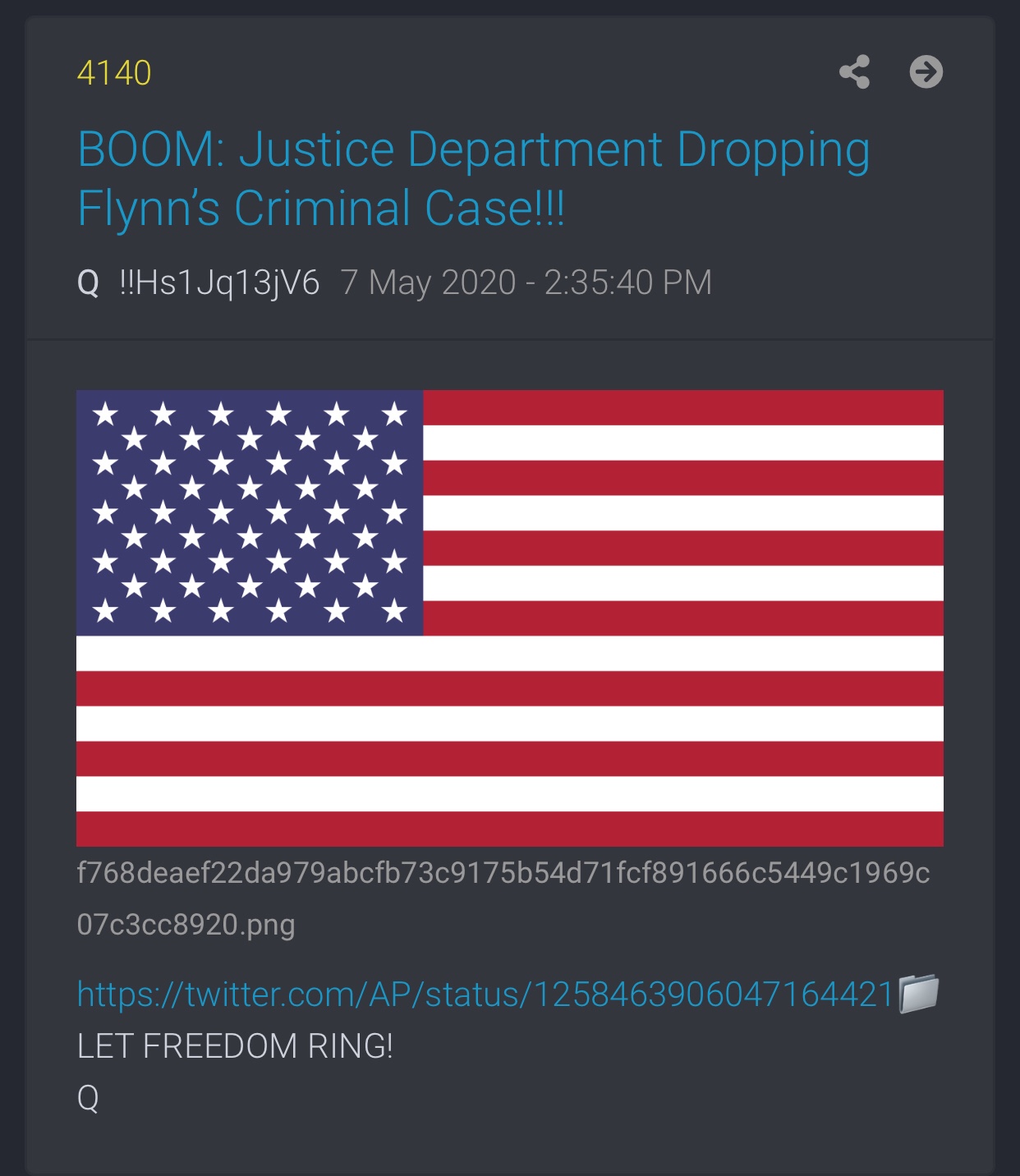 Take a listen to Mark Levin of “Life, Liberty & Levin” as he asks John Solomon and Sara Carter about General Mike Flynn.  Listen carefully to minute 11 and 28 seconds when Sara says “He had access to everything… He knew where the bodies were buried…” then continue to read the following Q posts. Connect the dots. Think for Yourself. Trust the Plan.
All queued up:
https://youtu.be/ZR3IAbyniJc?t=589 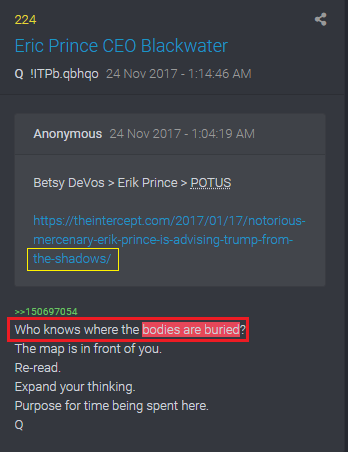 The MAP is in front of you!
NEWS UNLOCKS THE MAP!!
All queued up:
https://youtu.be/ZR3IAbyniJc?t=589 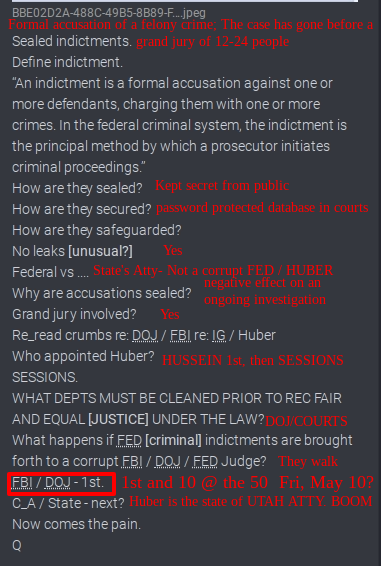 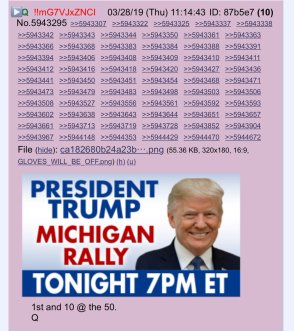 We continue to pray for you @GenFlynn! Truth shall prevail. We have gone through this fighting for you every day in this information war. Army of digital soldiers reporting for duty. 🇺🇸🇺🇸pic.twitter.com/xPBQtOq2lq

I will give you a brief run down of Q.  Q is a group of high ranked Military Persons, (less than 10 people) only three are non-military; that work with POTUS. In a nutshell a plan was put into place years ago. I believe that General Flynn is on Team Q.

Q began posting on what is called an 8chan board /pol/ October 28, 2017. People caught on and started making videos about it… I saw them last December (2017) and decided there was something to the info, what with me having prior Military background. I did my own research and became an ANON or a QAnon. My posts have been used by Q. I have been following for over 1 year and it is not a conspiracy theory. The info that is being put out on the board is enough for people like me to figure out, but remains within the rules and laws of National Security as far as handling of information is concerned. Just 23 days prior to the first drop of intel; POTUS made an announcement to MSM outlets; October 5th, 2017 President Trump announces the Calm Before The Storm. The Storm is the systematic dismantling of The Old Guard and the restoration of Power back to the Great People of the United States as is written in the Constitution. Their are currently over 73K sealed indictments in the U.S. and upon POTUS’ order a Mil Op will be activated so stand by for the next “Presidential Alert”.
After reading the article, if you have any additional questions please let me know.
Here is my take on THE PLAN or THE STORM and how GEN MIKE FLYNN‘S role may play out. First, you have to know the background on The Plan [Q Post 36]. We know that our Military Commanders together with Military Intelligence (Gen. Flynn was former Dir of the Defense Intel Agency) planned to stage a coup against Hussein and his Admin). We also know that Hussein purged 200 plus Military Commanders whom would not swear allegiance to him as well as those who would not agree to order members of the armed forces to fire upon U.S. Citizens if so ordered. Commanders who refused were purged. Hussein fired Flynn and Mad Dog Mattis because they took a stand against “Radical Islamism,” and claimed Al-Qaeda was expanding its ranks around the globe, but Hussein would label the group a JV team.
A Military Planned coup to remove Hussein was not far off from the next election when the Q Team decided to approach and recruit DJT to run for the Presidency. DJT agreed to run under the condition that it would be assured that the election rigging would not be successful. Election day was kept under the close eye of the NSA and our MI, including the [dem] rigging of various voting machines in Democratic dominated states such as CA and NY and others. After poll results were in HRC refused to concede and Hussein received a call from a high ranking member of our Military Command. 44 was told of the provable election fraud, and of their attempt to rig and assure HRC a win was observed, collected and documented . HUSSEIN was ordered to contact HRC and have her concede and acknowledge the election win by DJT.
Q Team tells us that “Questions Reveal Answers”
Excerpt from Q POST 97 NOV 5, 2017
Flynn.
What is Flynn’s background?
What was his rank?
Was he involved in intel ops?
What access or special priv?
Why is this relevant?
Set up.
Who wins?
Who becomes exposed?
Who knows where the bodies are buried?
Who has access?
What is MI?
Who was part of MI during BO term?
Who was fired during BO term (MI)? FLYNN.
There appears, although the redacted documents do not make it completely clear, that there is a [[[+++separate criminal investigation going on outside of Special Counsel Robert Mueller’s purview+++]]] for which Flynn has been providing significant assistance.”
Markers are important.
[Dec 4, 2017] > [Dec 4, 2018]
Think No Name.
Did Mueller have a choice in making the recommendation?
Who does Mueller ‘now’ report to?
Does WHITAKER also oversee HUBER + OIG?
What case(s) is HUBER + OIG + team of 470 currently working on?
Who has the server(s)?
Who has access to NSA UT Term1-12?
Does FISA grant access to NSA umbrella collection?
You are witnessing something [firsthand] that many cannot possibly comprehend or accept as reality [Sci-Fi or precision M_planning?]

In a Nutshell, Flynn is a witness because he knows where the bodies are buried, or in other words, he has all the information on the bad actors due to his background as Military Intel Officer and by him taking a rubber bullet for the good guys, we are able to get all of his testimony in the court and “On the Record” to be used as evidence against the Deep State [Q Post 1370]. IMHO Flynn will also be a witness for future Military Tribunals. Think for yourself. Do your own research. Trust yourself. Trust The Plan.

This is ‘where’ and partly ‘why’ the Q group originated I believe… read the following articles:

Why was a helicopter involved?
[WHO] did the money go to?
HOW DO YOU AUDIT A FOREIGN AID BIG BLOCK TRANSFER?
Did Rouhani keep ‘unknown’ comms as insurance?
What agency collects ALL FORMS OF DATA?
What agency did @Snowden work for orig?
Did he train on THE FARM?
When did @Snowden join No Such Agency?
Define ‘Contractor’.
Define the ‘PRISM’ program.
What year did @Snowden release spec-details of PRISM?
Mid 2013?
IMPACT-LIMIT NSA‘s ability to utilize/collect?
FAKE NEWS push for Congressional restrictions?
OPEN SOURCE PUSH to create COUNTER-DEF?
PURPOSE?
BLUE SKIES FOR CLOWN OP? INFILTRATION OF NSA REQ BY BRENNAN / SNOWDEN
When was the Joint Plan of Action (IRAN DEAL) executed?
Late 2013?
Do you believe in coincidences? 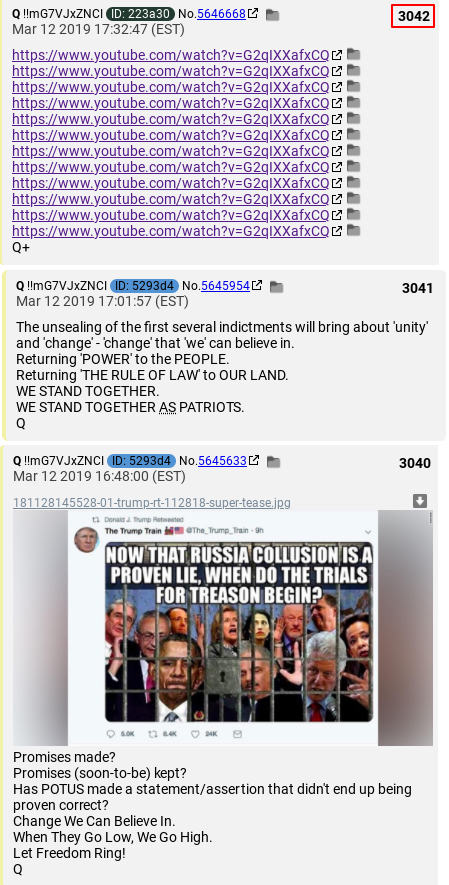